Places to visit in GERMANY

Places to visit in GERMANY

From fascinating historical architecture to striking futuristic buildings to some of the best nightlife in Europe, Hamburg has it all. Nestled on the River Elbe, Germany’s second-largest metropolis prides itself with an abundance of parks and green spaces, a treasure-packed historic center, and more bridges than any other city in the world. Fine dining restaurants line the riverbank, museums are bursting with world-class art and naval memorabilia, and its beautiful Town Hall is a marvel of neo-Renaissance architecture.
Those with more contemporary tastes should definitely visit the futuristic HafenCity district, one of Europe’s most ambitious inner-city developments. This 2.2 sq km area along Hamburg’s port is a striking mix of towering skyscrapers, modern glass facades, and airy promenades, with a shimmering concert hall (Elbphilharmonie) designed by Swiss architects Herzog & de Meuron and its heart.
Otherwise, the UNESCO-awarded Speicherstadt is the largest warehouse district on the planet, a remarkable ensemble of Neo-Gothic brick buildings built on oak piles and interspersed with century-old waterways.
BERLIN 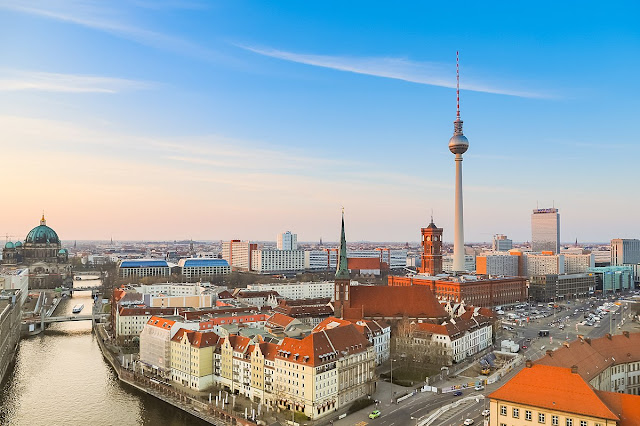 Berlin is one of the most interesting cities in Europe, and certainly the one that has changed the most in the last 20 years. Once the symbol of the Cold War, it has become Europe’s capital of cool – a vibrant mix of fashion, design, music, and art.
A cultural city always on the move and a budget traveler’s paradise, the German capital has something for everyone, from pulsating nightlife to more than 170 world-class museums, galleries, and philharmonics, and from stately relics that still tell the story of its turbulent past to all the promises of a glittering future.
Enrich your experience in Berlin with a visit to the Museum Island in the Spree River and a stopover at the fabulous East Side Gallery to see paintings by artists from all over the world displayed on the Berlin Wall. Other than that, you can go shopping to Kurfürstendamm, the city’s most famous avenue; experience the Berlinese coffee culture in the Mitte (the historical center of Berlin); and get a true taste of its tremendous nightlife in the fashionable Friedrichshain area.
COLOGNE 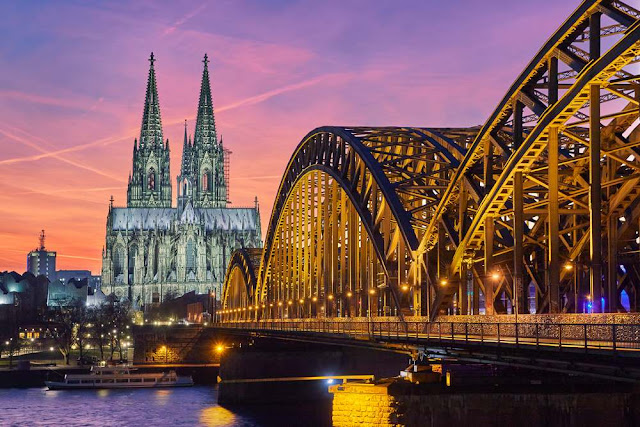 Home to one of the most impressive cathedrals in the world, a thriving art scene, and some of the most high-spirited locals, Cologne makes for a delightful European city break, whether you’re looking for culture, entertainment, or pampering thermal baths. It is the fourth largest city in Germany and one of its most libertine destinations, alongside Berlin.
The most beautiful sights in Cologne include its UNESCO-listed cathedral (Kölner Dom); the Hohenzollern Bridge, famous for its love padlocks; the Altstadt (Old Town), with its lovely historical buildings and monuments; as well as the fashionable areas of Agnesviertel and the Belgian Quarter.
If you happen to be in Cologne in November, don’t miss the Cologne Carnival. It is widely considered one of the greatest street festivals in Europe, and maybe the world.
DRESDEN 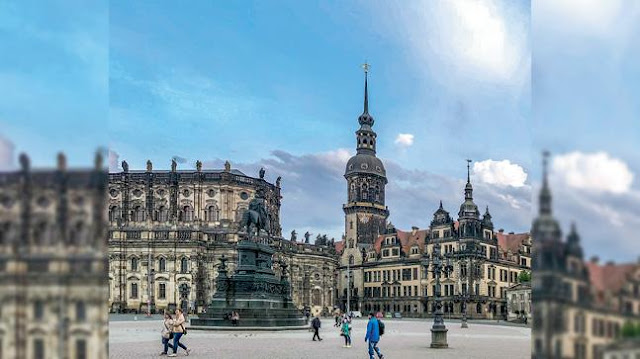 Dresden, the mighty capital of Saxony, is a city full of life and one of Germany’s most prestigious cultural centers. It boasts a wealth of architectural treasures such as the astonishing Zwinger Palace – one of the finest examples of Baroque architecture, the impressive Brühl’s Terrace, or the stately Dresden Frauenkirche, a Lutheran church that dominates the city’s skyline.
The charm of Dresden lies in its scenic location on the Elbe River, but also in its alluring neighborhoods and glorious green areas. In addition to the charming Altstadt, where most of the city’s landmarks are located, this German jewel box city is teeming with lovely spots just waiting to be discovered such as the charming Baroque Quarter – full of sweet idiosyncratic shops and eye-catching baroque houses; the lively and fashionable Neustadt; or the Großer Garten – Dresden’s most delightful park.
MUNICH 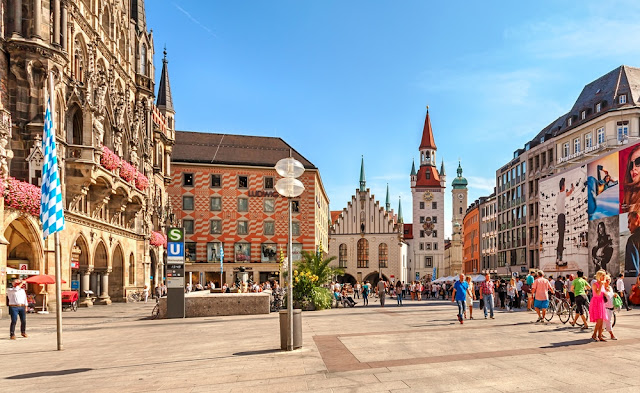 Munich is the capital of Bavaria and one of the most beautiful and livable cities in Germany. Most people know it due to the world-famous Oktoberfest, but its lure goes far beyond the local beer culture.
When it comes to what to see and do in Munich, the city has no shortage of sightseeing, fine dining, shopping, and entertainment. Most popular attractions include the Marienplatz – Munich’s beating heart; the Deutsches Museum (German Museum), often regarded as the world’s largest technological museum; the iconic Hofbrauhaus brewery; and the stunning Englischer Garten (English Garden).

- December 18, 2019
Email ThisBlogThis!Share to TwitterShare to FacebookShare to Pinterest
Labels: Places to visit in GERMANY